Yadira Gonzalez is an Independence High School graduate who has been working at the school for seventeen years. She is a San Francisco native who holds an A.A. from City College. Ms. Gonzalez loves fashion, music, dancing, and appreciates the strong relationships between students and staff at Independence. ​ 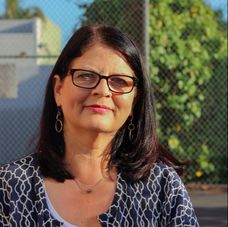 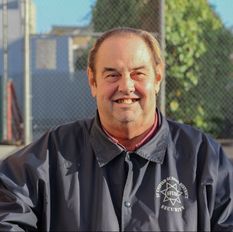 Frank Nagy has been in Security at Independence High School for six years and has worked in SFUSD for over thirty years. Mr. Nagy served in the Navy during the Vietnam War and he is a graduate of the Police Academy program at College of San Mateo. Born in Budapest, Hungary, Mr. Nagy has lived in San Francisco for forty years. In his spare time, Mr. Nagy enjoys traveling in Asia, sports and watching movies. Mr. Nagy has a drum set and has performed twice on MTV.  His band opened for many artists including Van Halen, Santana, Huey Louis, Journey, and Edda James.  Mr. Nagy appreciates that fact that Independence High School is a place where you can really make a difference in a student’s life. ​ 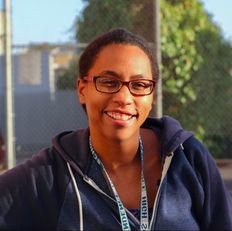 ​Jennifer Roffle is in her eighth year at Independence High School, where she serves as Head Counselor, Facilitator of the Student Engagement Team and member of the School Site Council. She previously taught special education and worked at the Educational Placement Center. Ms. Roffle holds a B.A. in History from University of Colorado at Boulder, an M.A. in History from Stanford University, an M.S. in Public Administration from San Francisco State University and a M.A. in  Counseling from University of San Francisco. Ms. Roffle has one daughter and they enjoy giong to the park and story time.  She is also an avid sports fan and is responsible for organizing the Independence Field Day and other sports activities. Ms. Roffle loves her adopted home of San Francisco, and she loves Independence because, “all students know and understand that all the adults at Independence have their best interest at heart.”
Benu Lahiry
RAMS Therapist

Benu Lahiry, our RAMS Therapist (AMFT) has been with Independence High since January 2018. She holds a B.A. from Bryn Mawr College in Art History with a minor in Film Theory, and a M.A. in Counseling Psychology from the Wright Institute in Berkeley with a concentration in Marriage and Family therapy. She has lived in San Francisco for the past eight years, and loves being a part of the close-knit Independence community. She enjoys cooking (mostly baking), running, yoga, and eating. Lots of eating.
​ 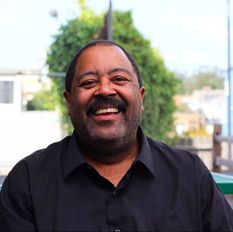 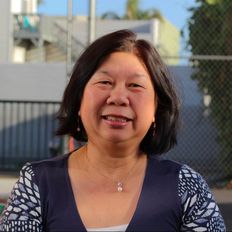 Celine Au is an eighteen year veteran of Independence High School’s teaching staff. A native of Hong Kong, Ms. Au holds a B.A. from San Francisco State University as well as a Chinese Bilingual Credential. Ms. Au likes to have direct contacts with her students and says, “I can develop trust with them easily by working one on one. Our  program is very flexible to meet individual needs”. 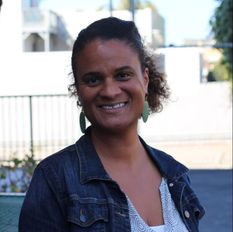 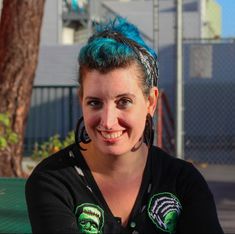 Andronike Giannopoulos is in her tenth year of teaching and her fourth year at Independence High School, where she also serves on the Instructional Leadership Team. Ms. Giannopoulos holds a B.A. in Developmental Psychology from National-Louis University and an M.Ed. in Teaching and Learning from DePaul University. Originally from Chicago, Illinois, Ms. Giannopoulos is an avid reader who is fluent in Greek and conversational in American Sign Language. She enjoys spending her time with her dogs Godzilla and Anakin and her daughter.  She says, “What I love about Independence students is the diversity and strength they show. They aren't afraid to be true to themselves, and what they stand for. They are also motivated, otherwise they wouldn't be successful here!” 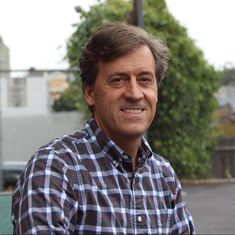 Peter Hippard
Teacher
​
Peter Hippard is in his fifth year at Independence High School. Prior to this, he taught at Clarendon Elementary School, JBBP for 16 years. Mr. Hippard has a BA in History of Public Policy from UCSB, and and MA in Instructional Technology from SFSU. He is credentialed in Social Sciences and enjoys teaching about the connection between historical events and today current topics. Mr. Hippard enjoys the great outdoors, traveling around the world, and practicing yoga. He likes how Independence High provides a safe and supportive environment for all kinds of students in San Francisco. 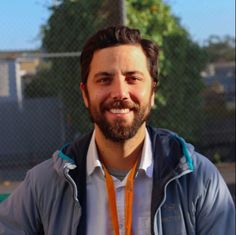 Eric Harper is in his seventh year of teaching, and his third year as a special educator at Independence High School, where he also serves on the Instructional Leadership Team. Mr. Harper holds a B.A. in History from the University California at Santa Barbara, a Single Subject Teaching Credential from California State University at Monterey Bay and an M.A. with Education Specialist Credential from San Francisco State University. Mr. Harper loves spending time with his dog, Rune, and his wife, Michelle, whose sister is an Independence High graduate. Mr. Harper loves getting to know students as individuals, here at Independence High School. 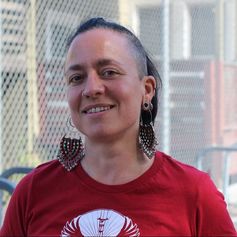 This is AJ Johnstone's nineteenth year in SFUSD teaching a variety of grade levels and subjects. AJ is a candidate for certification from the National Board for Professional Teaching Standards. She attended Barnard College and the University of Virginia and holds a B.A. in Sociology and a M.A. in Teaching from the Curry School of Education. She enjoys cooking, knitting, reading history and discovering tessellations in nature. AJ loves digging into exciting mathematical ideas here in the small, close-knit community that Independence provides.
Jennifer Klecker
Art Teacher

Jennifer Klecker is in her third year at Independence High School. Ms. Klecker has taught for eight years and she holds a B.A. in Art Education from Cardinal Stritch University in Milwaukee, WI and an M.F.A. from California College of the Arts. Outside of the classroom, Ms. Klecker’s art practice includes drawing, photography, video and installation. She spends her breaks backpacking in the Sierra Nevada mountains and traveling to Italy. Ms. Klecker is excited about helping Independence students develop their visual voices. 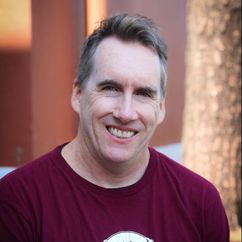 Chris Lamb has been teaching in SFUSD for 24 years.  This is his tenth year working as a librarian and his first at Independence.  He holds a B.A. in French from SUNY Binghamton, a BCLAD teaching credential from SFSU and a Master's degree in library science from San Jose State University. Born and raised in New York City,  he moved to San Francisco 27 years ago after serving in the Peace Corps in Honduras.  In his free time he enjoys reading (naturally), traveling and hiking. 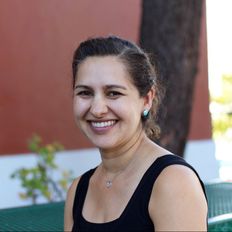 Rose Ludwig
Teacher
​
Rose Ludwig is in her eighth year of teaching, and her third year at Independence High School. Ms. Ludwig holds a B.A. in Political Science from Loyola Marymount University, an M.A. in International Political Economy and Development from Fordham University and an M.A. in Special Education from San Francisco State University. Ms. Ludwig likes to read, hike, cook, and travel in her free time, and she loves the sense of humor of her Independence students. 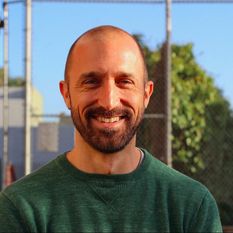 Joseph Machado
Teacher
​
Joseph Machado is in his nineteenth year of teaching and his fifth year at Independence High School. Originally from Turlock, CA, Mr. Machado holds a B.A. in Social Sciences from Chapman University and an M.A. in Somatic Psychology from California Institute of Integral Studies. In his spare time, he enjoys dancing and hiking. Mr. Machado loves developing one-on-one relationships with students.
Donna Muse
Teacher
​
Donna Muse is in her fourth year at Independence HS and in her sixteenth year os teaching. She is a math content specialist as well as the facilitator for Independence. She holds a B.S. in Business Administration from California Polytechnic Institute, a Teaching Credential from John F. Kennedy University, and M.S. in Math Education from Western Governors University. Her goal is to have students approach mathematics more positively and improve their mathematical confidence. In her spare time, she loves photography as well as spending time with her dog and friends.
Mira Raykova
Teacher
​
Mira Raykova is in her first year at Independence High School and in her fourth year in SFUSD teaching a variety of grade levels and subjects. Prior to teaching, Ms.Raykova enjoyed working on eelgrass restoration and research at Dr. Boyer’s wetlands ecology laboratory at Romberg Tiburon Center for Environmental Studies. She received her Bachelor of Science degree in Environmental Studies with emphasis in Biology and her Teaching Credential from San Francisco State University, and is currently a MA in Education candidate. In her free time, Ms. Raykova enjoys traveling, reading, and spending time outdoors with her daughter and their two rescue dogs. She has lived in San Francisco for 20 years and is a native of Bulgaria. Ms. Raykova is thrilled to join the nurturing community of educators at Independence, and to make a difference by empowering students to become successful in science. 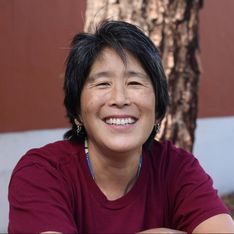 Linda Sawamoto is our Learning Lab Coordinator. Ms. Sawamoto was born and raised in San Francisco and has served the students of this city for 30 years. When she is not working, Ms. Sawamoto enjoys gardening, spending time with her family and being silly. Ms. Sawamoto loves the diversity at Independence and she loves being a HAWK (caw caw)! 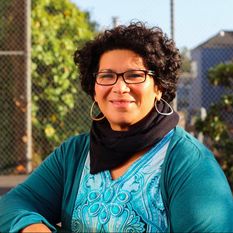 Claudia Shehan is in her thirteenth year teaching at Independence High School. A native of El Salvador, Ms. Shehan studied Social Work at  Universidad Tecnológica de El Salvador and received her B.A.  and BCLAD Credential from San Francisco State University. Ms. Shehan has lived in the San Francisco Bay Area since 1987 and she loves to travel with her family, take walks, go on spiritual retreats and take Zumba classes. Ms. Shehan appreciate the deep relationships she builds with students and parents here at Independence High School.
Yolanda Reyes
​ 6-8 grade Teacher

Yolanda Reyes brings 40 years of experience in education- twelve teaching at Independence High School.  In addition to her wealth of experience, she brings a wealth of education including a B.A. in Liberal Studies and. Ethnology, a Clear Multiple Subject CLAD Credential, and an M.A. in Educational Technology, all from San Francisco State University.  Ms. Reyes enjoys reading, traveling, music, dance, cooking, loves building strong relationships with students.
Partners

​Britt Bass
My Brother’s and Sister’s Keeper (MBSK) Project Manager
Britt Bass is the My Brother’s and Sister’s Keeper (MBSK) Project Manager for uAspire Bay Area.  In this role, she helps oversee the project, builds relationships across all of the high schools in San Francisco, and collaborates with community-based organizations to introduce and launch uAspire’s new MBSK initiative.  Prior to joining uAspire, Britt spent six years building her non-profit management skills at City Year Los Angeles in a variety of roles, growing from Team Leader to Program Manager and Senior Program Manager.  At City Year, Britt managed school and community partnerships with elementary and middle schools in the Watts neighborhood of Los Angeles, and trained and supervised more than 75 AmeriCorps staff members.  She attended Morehead State University in Kentucky where she majored in Business and was also a student athlete.